Tipping Point Community is a grant-making organization focused on fighting poverty in the Bay Area by finding and funding the most promising interventions working to educate, employ, house and support those in need. Started in 2005, Tipping Point prides itself on an unrelenting focus on impact and continuous improvement and demonstration of funding efficacy to donors. After more than a decade of work, the organization now supports over 42 organizations in the Bay Area, providing not only funding, but also technology consulting, capacity building, leadership development and policy guidance.

As a forward-thinking organization well-versed in technology, Tipping Point first implemented Salesforce in 2007. “In the early days, we used it as a contact database; folks used it really ad-hoc.” says Nick Arevalo, Insights + Analytics Manager. With growth came increased demand on the Salesforce instance, and, in 2009, they brought on program management through native configurations and customization using Apex code, providing administrative insight and visibility. However, they were quickly faced with another challenge around outcomes reporting: “We had an issue when it came to measuring outcomes data. We needed to rethink (it). What were we collecting from our grantees, and how were we collecting that data?” says Arevalo.

After engaging the grantee organizations in the Tipping Point portfolio to understand which metrics were key to understanding program impact, the organization adopted a unified set of core metrics. Measurements in the areas of Housing, Employment, Education and Early Childhood were developed for grantee reporting. However, the method of capturing this data was still unresolved. “Now that we had redefined what we were collecting, we switched to understanding how we were going to collect that information,” says Arevalo. With measurement criteria in hand and a guiding principle to make the collection process as easy as possible for the organizations in their portfolio, Tipping Point enlisted an experienced Salesforce partner to extend the platform. Implementing Experience Cloud for Nonprofits alongside their existing Salesforce instance, they were able to develop a grantee-friendly portal that allowed individual organizations to login, see their reporting criteria and enter their specific results in a form that mimicked a spreadsheet. “We were able to develop a solution that captured multiple years of data, on a number of different metrics, all in a simple interface for our grantees,” says Arevalo.

Since rolling out Experience Cloud for Nonprofits and gaining full integration with their Salesforce instance, Tipping Point has been able to track and encourage sustained change and impact with each of the 42 organizations in the portfolio. Measurement among cohorts is also easily completed. Says Arevalo, “The real change for us is that now, we have very clean data that is based on long-term outcomes, and we get a very crisp picture on how a group is performing. That wasn’t possible before.”

Reporting inside the organization has changed for the better, too, “Grantee reports used to take endless hours of time to put together from numerous Excel spreadsheets. Now, it’s all available at our fingertips,” says Arevalo.

The Northern California firestorm of 2017 presented a new set of challenges to Tipping Point and its mission. The fires caused extensive damage to residences, destroying housing throughout the Napa Valley, Mendocino, Sonoma and Lake counties in Northern California. “Up until that point, we had not been involved in any emergency relief efforts.” says Marisa Giller, Director of Communications for Tipping Point. “Our focus was on the ongoing crisis of poverty; day-in, day-out, all over the region. But, we knew that the people who would be hit hardest by these fires were those who were low-income: immigrants, vineyard workers, students. We knew we had to act,” says Giller. The leadership at Tipping Point was called to action and quickly began formulating a plan to respond to and support areas affected by the disaster.

Utilizing consultation from Salesforce executives and other community leaders, Tipping Point quickly started a new fund to capture and manage donations from the community in response to the fires. Their fundraising efforts were focused on online giving and ticketing for a benefit concert to raise funds for nonprofits supporting low-income communities hit hardest by the fires. Says Ken Leung, Information Systems Administrator, “We need to respond quickly and had to set up this fund and a way to track a mass amount of donations in a relatively short amount of time.” 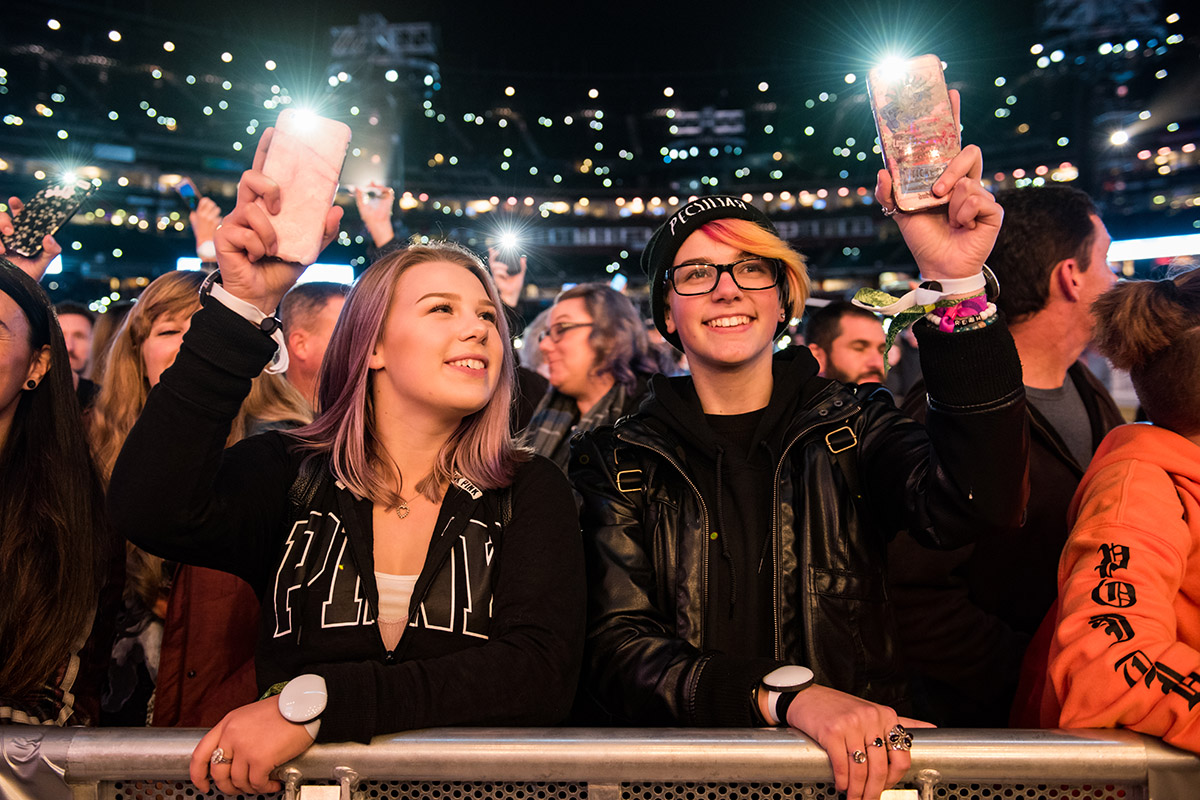 Since they were already using the Salesforce Nonprofit Success Pack for major gift cultivation and grant making, the foundational tools for online fundraising were already in place. After a brief evaluation, Tipping Point selected Form Assembly, a flexible and fully integrated form solution with integrated payment processing through Stripe. “The form was set up in four hours- (something that would have previously taken days to create). We immediately started receiving large donations, and brought in millions of dollars within the first few days of the fund.” says Leung.

Combining online donations processed with Salesforce and ticket sales for two Band Together benefit concerts, Tipping Point raised $34 million dollars for relief efforts and engaged thousands of additional donors. “Without Salesforce, we would not have been able to process and track the number of donations we did.” says Leung.

Looking to the Future

Today, Tipping Point has distributed all $34 million to 52 nonprofits in the North Bay working to improve the lives of low-income families and individuals hit hardest by the fires, and the organization continues to focus on supporting their core grantmaking portfolio in education, housing, employment and early childhood development.

The emphasis on demonstrating efficacy and impact to their donors remains core to their model, and they plan to continue expanding their use of Salesforce to meet reporting and analytics needs, including adding an analytics package to the instance to deliver even more powerful insights.

Says Arevalo “It’s just another great example of the flexibility of the Salesforce platform.”