Discover how Citizen Schools is using Salesforce for sustainable fundraising to support their mission and increase success.
AMER
Learn More About Citizen Schools

Citizen Schools (CS) is a nonprofit that is driven towards action. Propelled by its mission to close the ‘opportunity gap’, CS’s work equips young people with the skills, access and beliefs they need to thrive as students, and succeed as adults in the modern economy. Boston-based but with a national reach, CS serves 30 schools, 3,500 young people and works with 2,000 volunteers, annually.

Specifically, CS engages with public schools in low-income neighborhoods to nurture potential in middle school students. One of its flagship activities is its Apprenticeship program, where 6th and 7th grade students develop industry skills, engage with community volunteers who serve as role models and learn deeply about subjects as diverse as science, sports and creative writing. CS is more than a partner to the schools that it works with, it is a member of the community.

A long-time partner of Salesforce since 2008, CS has leveraged Nonprofit Cloud as a tool to help manage its organizational complexity, reach and drive towards action. CS now has an integrated system that allows it to look at programs, volunteers and donors in a consistent and collaborative way.

Three years ago, CS asked itself how, as an organization that collects lots of data and has plenty of tools at its disposable, could it deliver actionable data to its users, and what would that look like? The answer came in creating more simplified and focused Reports & Dashboards in the Nonprofit Success Pack (NPSP).

In 2015 the organization had a “kitchen sink” approach to dashboards. They had plenty of real-time indicators, charts and tables, reflecting the wide variety of work across teams and states. But by presenting only today’s picture, the dashboards didn’t drive staff towards future actions. They were simply telling users what they already knew, often with too much complexity to easily understand what to do next.

So the organization set itself three goals for its revised dashboards. They needed to (i) be easy to find; (ii) be simple to understand; (iii) drive action.

In the first revision, dashboards were simplified, information was condensed and progress was shown against specific goals that staff had identified they wanted to focus on. This provided an improvement in perspective but still left users with the challenge of figuring out what actions needed to be taken to close the gap between current position and goals.

In the second revision, CS created an “actionable” dashboard that simply showed which gifts were in play, what each team planned to do in relation to those gifts and where they were on executing those plans. By Simplifying their dashboard to reflect planning, they made a usable resource- dashboards that strongly reflect what needs to happen and what the organization is focused on. One tangible result has been that CS has shortened the time between identifying a gift and securing it.

Not satisfied with standing still, CS continues to iterate on ways in which it might make its dashboards even more useful. But, central to all of its work is this realization that the most useful dashboards are often the simplest and connected to user choice. 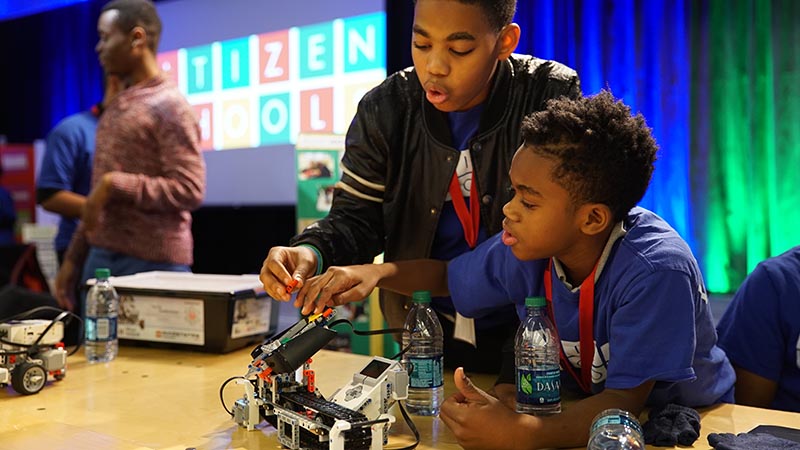 Once the fundraising teams were clear on what actions they needed to take from the dashboards, the next challenge came in amending their activity tracking process.

The existing system captured plenty of activities around a fundraising opportunity. But the user had limited ability to understand how these activities fitted into the wider picture and how, if at all, these activities could be replicated. CS wanted to encourage users to track activities to help the organization tell the story of a gift and create a way of tracking that was consistent, logical and replicable. By doing so, it could ensure that its fundraising was sustainable and that teams could collaborate on opportunities and best practices.

The organization recognized that any change to systems needed to meet four acceptance criteria if it was to be successful. The first was to minimize duplication of effort with any existing tracking activity. The second was to make sure any new work practices were simple and logical to follow, to make transition as easy as possible. The third was to have consistency across gifts so that the organization could have one tracking plan whether the gift was large or small, corporate or foundation. The fourth was to be able to capture appropriate context, the kind of information that when pulled together, would give the user an idea of where they were in the fundraising cycle when that activity took place.

Drawing on the existing architecture of the fundraising cultivation cycle, CS was able to use Engagement Plans in the NPSP to create consistent, logical and replicable ways of tracking activities.

Each Engagement Plan was assigned a series of stages, corresponding to the cycle. Each stage had an Engagement Plan Task, where users were able to fill out activities happening at that stage. Closing a task would automatically open the next task, thus moving users along the process. An added bonus was the ability to use Process Builder as part of Engagement Plans, to automatically update an activity with the stage the opportunity was at when the activity was closed, providing helpful context for future users.

The results have been impressive and have positively impacted focus, collaboration and accountability. In particular, Citizen Schools has moved from focusing on the opportunity (the whole) to focusing on the next activity (part). “Using Engagement Plans has improved communication and collaboration, which has been really important for a team spread across the country. We now have much more consistency and visibility about where things stand with a prospect, which has lead to improved decision making and focus,” says Sarah.

CS continues to think about how well these new processes are being adopted and to seek out further opportunities for automation of tasks. Staff are also keen to prove that Engagement Plans are having tangible results for the fundraising teams.

The phenomenal feedback received so far suggests that they are.