News about the climate crisis can easily lead us to despair. What we’re often not told is that cutting carbon pollution is a massive opportunity to grow the economy, put people to work, improve our health, clean our air and water, and enhance international security. A number of forward-looking businesses, governments, and non-profits are already working to tackle the challenge at scale – and they’re making real progress. Come learn about the climate solutions and new approaches to movement-building that are transforming the climate crisis into an opportunity. 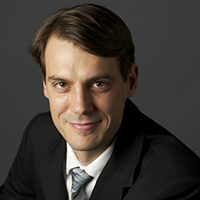 Ryan Hobert is the Senior Director for Energy and Climate Change at the United Nations Foundation, an organization created in 1998 by entrepreneur and philanthropist Ted Turner to connect people, ideas and resources with the UN. Ryan works on a variety of climate and energy initiatives – including the UN Secretary-General’s Sustainable Energy for All initiative, which aims to reach three global goals by 2030: universal energy access; a doubling of the annual rate of energy efficiency improvement; and a doubling of the use of renewable energy. Before joining the UN Foundation in 2004, Ryan worked at the United Nations Environment Program’s Energy Branch in Paris. Ryan is on the board of Restoring Eden, a U.S.-based creation care organization. Ryan holds a B.A. in Political Science from Wheaton College, in Illinois; and a Masters in International Affairs from the Institute of Political Studies (Sciences Po) in Paris. 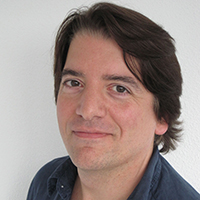 Chris Thomas is Chief Innovation Officer at the Sierra Club. His main focus is on engaging the Club’s current and future members and supporters through technology, and on how interactive virtual environments enable real-world change. Before this, he ran the Digital Products Program at Greenpeace International in Amsterdam. He has held leadership roles in both tech startups and Fortune 500 companies including Elle Magazine, The International Herald Tribune (now The International New York Times), Alstom, Joost, Oracle, and Eurovision. A dual American/French national, Chris has extensive experience in technology, media strategy and production in both the United States and in Europe. 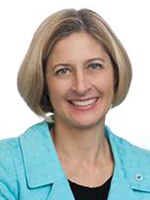 Jennifer Layke is the Executive Director of Johnson Controls’ Institute for Building Efficiency, a global initiative that provides information and analysis on the technologies, policies, and practices that can deliver high performance buildings around the world. For 12 years Jennifer was the deputy director of the Climate and Energy Program at the World Resources Institute, where she founded The Green Power Market Development Group, which developed innovative energy procurement paths for corporate use of clean energy in the U.S. and Europe; managed corporate partnerships focused on strategies to reduce GHG emissions; and led WRI’s participation in USCAP, a partnership between environmentalists and business providing consensus recommendations on carbon cap-and-trade policy approaches. Jennifer’s international experience includes consulting for the World Bank and the U.S. EPA on Montreal Protocol technology transfer. She has an A.B. in Asian Studies/Political Studies from Pitzer College in Claremont, CA, and a M.S. and MBA from the University of Michigan. In 1990, she was awarded a Thomas J. Watson Foundation fellowship for a year of sociology research in Singapore, Malaysia and Taiwan. 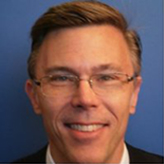 Thomas Kerr is the Principal Climate Policy Officer in the International Finance Corporation’s Climate Change Group, where leads the IFC’s private sector climate policy engagement. Mr. Kerr was previously the director of climate change initiatives at the World Economic Forum in Geneva, where he worked with international organizations, government leaders, and industry executives to advance practical solutions via platforms such as the G20, the United Nations, and the Forum’s Annual Meeting at Davos. From 2006 to 2010, he worked for the International Energy Agency in Paris, leading the development of global reports, including the Technology Roadmap series, the flagship Energy Technology Perspectives publication, and the Clean Energy Progress Report. Mr. Kerr started his career with the U.S. Environmental Protection Agency in Washington, where he designed and launched a suite of innovative voluntary programs such as Energy STAR, Green Power, and methane programs that today continue to engage thousands of businesses to adopt clean, efficient technologies and practices.