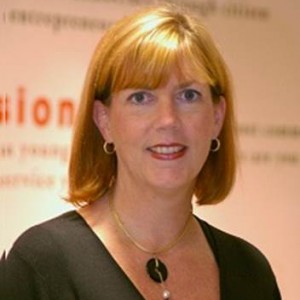 AnnMaura Connolly joined City Year as Chief of Staff in 2000 and since then has held progressively senior positions, including Senior Vice President for Global Initiatives and Strategic Partnerships and Chief External Affairs Officer. She currently serves as Chief Strategy Officer and Executive Vice President. As CSO/EVP, AnnMaura directs City Year’s public policy, public affairs, communications, and international work. She also manages relationships with national and international leaders and organizational partners, works closely with the CEO on a wide range of policy and strategic advancement issues, and serves as a member of City Year’s Executive Management Team. In addition, AnnMaura serves as President of Voices for National Service, a coalition of hundreds of service organizations that work together to advance citizen service policy. AnnMaura has worked to expand opportunities for young people to serve since 1989. After graduating from the College of Holy Cross with a B.A. in Political Science, she served in the Jesuit Volunteer Corps in Southern California. As a Jesuit Volunteer, she helped to create and lead a counseling program for refugees from Southeast Asia, the Middle East and Eastern Europe. After returning to Washington in 1987, AnnMaura spent two years directing a national grants program and managing special projects at Very Special Arts, an international organization dedicated to increasing opportunities in the visual and performing arts for people with disabilities. In 1989, she joined the staff of Youth Service America, where she held several senior positions, and helped to create a series of new programs, including National Youth Service Day, the New Generation Training Program, the Social Entrepreneurs Program, and the National Service Seminar. In 1995, she joined the Corporation for National Service, where she served as Deputy Director, Independent Sector in the Office of Public Liaison. After leaving the Corporation in 1998, AnnMaura was an independent consultant to a variety of foundations and nonprofits, including the Grantmaker Forum on Community and National Service, Atlantic Philanthropies, the AmeriCorps Anniversary Committee, and the Corporation for National Service. She joined City Year as Chief of Staff in 2000. AnnMaura currently serves on the Advisory Board for the Eli J. Segal Citizen Leadership Program at Brandeis University, the Steering Committee for the Civic Mission of Schools, the Board of Directors for the Be the Change Action Fund, the Leadership Council for ServiceNation, and the Federal Advisory Council of the National Center for Service and Innovative Leadership at The Presidio. 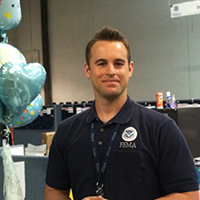 Justin Shoemate is an energetic emergency manager with over 5 years of progressive experience serving in the role of FEMA Corps Program Liaison at FEMA Headquarters in Washington, D.C. Building on a foundation of national service, FEMA Corps combines the focus of service while providing leadership and training opportunities to 18 -24 year olds who expand the nation’s capability for disaster response, recovery, and preparedness. Prior to this position, Shoemate has served in several capacities within disaster response operations for FEMA including a Disaster Assistance Employee in FEMA Region 9 and Disaster Reservist in the Planning Cadre. In those roles his titles included Resources Unit Leader; Situation Unit Leader to Deputy Planning Section Chief all too federally declared disasters in NY, and NJ to provide leadership and direction to the planning process. Based on his experience and studies, Justin developed a foundational belief that a customer focused approach to emergency management response will be the most effective way to serves the communities he serves. Shoemate is currently a candidate for a Master’s of Science in Emergency Administration from the University of California Long Beach and writing his thesis on community resilience. He also holds Bachelor’s in Public Safety with a concentration in Emergency Management. He resides in the National Capitol Region with his wife and two children. 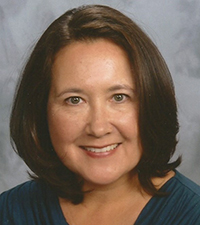 Shirley Sagawa is best known for her founding role in the creation of AmeriCorps and is currently leading the development of the Service Year Platform for the Franklin Project and the National Conference on Citizenship. As co-founder of the innovation consulting firm sagawa/jospin, Shirley has provided strategic advice and developed new initiatives for public and private sector clients, including America Forward, Cities of Service, and . She is currently a fellow with the Center for American Progress, an Adjunct Professor at the McCourt School of Public Policy at Georgetown University, and author of The American Way to Change,(Jossey-Bass 2010), describing how volunteer and national service can be a breakthrough strategy for change. Shirley has served as a presidential appointee in both the first Bush and Clinton Administrations. As Deputy Chief of Staff to First Lady Hillary Clinton, she advised the First Lady on domestic policy and led the planning for White House Conferences on Philanthropy, Partnerships in Philanthropy, and Teenagers. After Senate-confirmation as the Corporation for National and Community Service’s first chief operating and policy officer, she led the development of new service programs for adults and students and directed strategic planning for this new government corporation. She has also managed successful collaborations in the private sector, including the Learning First Alliance, a partnership of national education associations. With advanced degrees in law and public policy, she began her career as the Chief Counsel for Youth Policy for the Senate Labor Committee, specializing in education, children’s, and youth issues, and subsequently served as senior counsel to the National Women’s Law Center, and on many nonprofit boards. Her award-winning book, with Deb Jospin, The Charismatic Organization,(Jossey-Bass 2008) offers breakthrough insights into building strong, effective, and well-resourced nonprofit organizations. Her previous book, Common Interest, Common Good: Creating Value through Business and Social Sector Partnerships (Harvard Business School Press) describes how business and social sector organizations can collaborate for mutual gain. Shirley is a graduate of Smith College, the London School of Economics and Harvard Law School, where she served on the Harvard Law Review.