Building healthy societies starts with healthy citizens. And ensuring healthy citizens means providing more than just medication sold from the pharmacy. Hear from leading experts who are using connective technology to bringing holistic healthcare to those in greatest need. 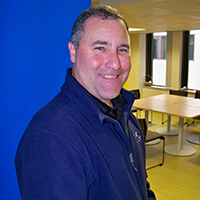 Brian comes to Health Leads with over 25 years of experience in the healthcare industry, including leadership roles in sales, marketing, and business development. At information technology leaders EMC and Dell, he helped create market leadership positions in information storage and technology services. As Vice President of Sales at CyraCom International, the U.S. leader in healthcare language/translator services, he helped implement the company’s first sales and new-hire training programs, customer relationship management system, and account planning and pipeline system—turning CyraCom into a first-class selling organization named on the Inc. 500 list of fastest-growing private companies in the United States. Brian began his career at Baxter Healthcare Corporation, where he held a variety of positions with increasing levels of responsibility in both the hospital-provider and non-acute care sectors. He has been a board or committee member of several nonprofit organizations, and is a regular volunteer at his church. He is the recipient of many professional awards. Brian has a B.A. in International Relations and Economics from Stonehill College. 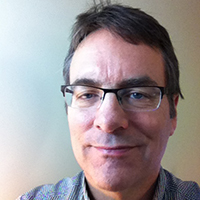 David Wofford is Vice President of Public-Private Partnerships at Meridian Group International, Inc., a small, woman-owned business in Washington, DC. He manages the RAISE Health Initiative for Workers, Companies and Communities, a project funded by USAID. RAISE Health focuses on improving the health of women and men workers by promoting health in the development of sustainability policies and systems and helping corporate and other partners integrate health into their practices and operations. David has worked extensively on the business case for women’s health in supply chains. At RAISE, he has negotiated partnerships to advance worker health with such organizations as Business for Social Responsibility’s HERproject, Levi Strauss & Co., and Bayer Pharmaceuticals. Previously, David worked at the International Finance Corporation of the World Bank, where he provided strategic and communications support in developing new social and environmental performance standards. He has also served in senior positions in the U.S. Government, including the White House and the Overseas Private Investment Corporation, an agency that supports investments by American companies in developing countries. 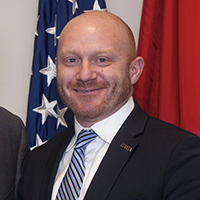 Derek Bennett is the Chief of Staff of Iraq and Afghanistan Veterans of America, overseeing strategy and daily operations. A combat veteran of Operation Iraqi Freedom, Derek attended Harvard Business School and previously worked at the Boston Consulting Group. Follow him on twitter @dhb00.

Alice Borrelli, Director of Global Healthcare Policy for Intel Corporation, works with U.S. and international policymakers on healthcare reform and Health IT issues in developed and emerging economies. During the US healthcare reform debate, she focused on reforms that would include innovative technologies for care delivery including e-Care, remote patient monitoring and telehealth. She also interfaces with government agencies worldwide to promote the adoption of viable electronic health records. She was recently recognized by the American Telemedicine Association with the Industry Council Award and a recipient of the Continua Health Alliance’s Key Contributor Award. Additionally, Alice has participated as a speaker in international symposiums including the APEC High-Level Meeting on Health & the Economy in St. Petersburg, the Senior Officers Meeting during the International Federation on Aging Summit in Prague and most recently as the invited guest of the World Bank and MOH to China’s policy leaders from the central and provincial governments in Health IT.