In 2001, the United Nations designated June 20th as World Refugee Day in an effort to align global efforts that would mitigate the refugee crisis. This marks the 50th anniversary of the 1951 Convention related to the Status of Refugees. To better understand how we can honor this day, let’s outline how we define refugee status and how many refugees are currently displaced around the world.

A refugee is a person who is forced to flee their country due to war, persecution or because their home government cannot or will not protect them. Refugees are registered with an official agency, such as the United Nations, and have access to state and international aid. An asylum seeker is a person who has fled their country for similar reasons and has appealed to achieve refugee status, but they have not yet received this designated status.

This day is an opportunity for government officials, nonprofit organizations, civil society, and the private sector to join forces in celebrating the strength and resilience of millions of refugees worldwide, raising awareness about the crisis, and making a meaningful impact. This year, with a global pandemic that’s hitting refugees especially hard, it is more vital than ever to learn more about the global refugee crisis and how we can support refugees worldwide. 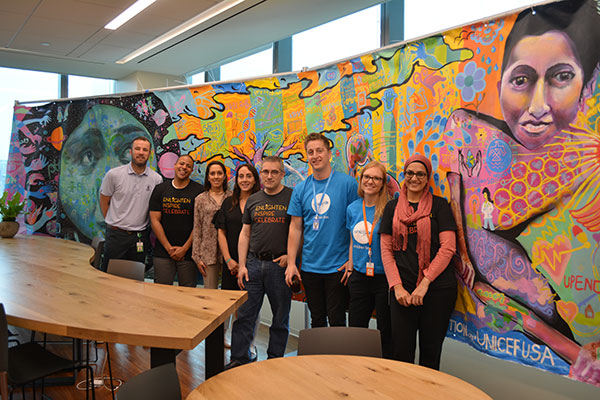 How Can You Support Refugees?

In efforts led by Salesforce.org and Faithforce, the Interfaith employee resource group, Salesforce has honored World Refugee Day for years and supports refugee aid and resettlement by educating employees on the refugee crisis, giving employees paid time off to volunteer, and providing nonprofit organizations with best-in-class technology tools. Here are some ways your company or organization can join Salesforce in supporting organizations doing important work around the refugee crisis

As the UN Refugee Agency, UNHCR leads international action to protect people forced to flee home because of conflict and persecution. Launched nearly 20 years ago, World Refugee Day provides an opportunity for government officials, nonprofit organizations, civil society, and the private sector to join forces in celebrating the strength and resilience of refugees worldwide, and advocate for the refugee cause.

1. Join one of UNHCR’s virtual events:

As the UN Refugee Agency, UNHCR leads international action to protect people forced to flee home because of conflict and persecution. This year, against a backdrop of social unrest and a pandemic, UNHCR is bringing special attention to refugees on the frontlines of the COVID-19 crisis, as well as the communities that host them. UNHCR has stepped up its efforts to fight the infection and spread of the virus by delivering urgent aid to refugees and displaced people and ensuring they have lifesaving supplies and improved access to sanitation, education and medical support. UNHCR needs our help, and has delivered an urgent appeal for support. To raise awareness for the plight of refugees, UNHCR has designed the 2021 World Refugee day toolkit to inspire conversation and volunteerism from now until World Refugee Day. These ideas are as varied as organizing a film screening as part of their World Tour, promoting the event on social media, cooking recipes shared by refugees, hosting a sporting event and a concert — and yes, you can take part in all of them, no matter where you are in the world!

This past year, Salesforce employee resource group, Latinoforce, partnered with Miles4Migrants to raise airline miles to help displaced people impacted by war, persecution, or disaster begin in a new home or reunite with their loved ones. Miles4Migrants uses donated frequent flyer miles to provide airfare to refugees, asylees, asylum-seekers, and their immediate family members who have legal approval to travel, but cannot afford airfare. The organization works with a number of nonprofits to identify individuals in need. Through this partnership, Salesforce employees pledged over 500K airline miles to reunify 40 families leading up to World Refugee Day. Sign up to donate and learn more.

This is especially relevant now, considering June is Gay Pride Month in the United States. The Spectra Project supports LGBTQ+ individuals in their countries of origin and refugees in countries of transit reach self-sustainability and become gainfully employed by providing them with the proper tools, including emergency basic support like shelter and food as well as resources such as legal counseling, health education, sex education, language courses, and vocational training. The Spectra Project is managed by LGBTQ+ individuals in each country in which they work and their ultimate goal is to give LGBTQ+ individuals the tools they need for a sustainable lifestyle in their respective countries. Sign up to volunteer here.

Upwardly Global moves newcomers from unemployment or survival jobs to living-wage roles that are aligned to their education and professional experience. Salesforce is committed to eliminating employment barriers for skilled immigrants and refugees and has committed $300,000 to support their mission. Longer-term volunteering is available with an eight-week English language coaching program. Sign up to volunteer or learn more.

5. Amplify the voices of refugees:

p>In the battle against COVID-19, refugees are essential to keeping communities safe, making society stronger, and rebuilding our world. The International Rescue Committee invites you to meet the refugees on the frontlines fighting COVID-19. Check out their stories, then share a post with your community, like this sample tweet:

This #WorldRefugeeDay, we’re proud to join @RESCUEorg’s call to honor all refugees around the world who are essential workers and also essential to keeping us safe, keeping our communities strong, and rebuilding our world. Their stories: Rescue.org.

Read up on ways you can go beyond World Refugee Day to help refugees across the world everyday. Learn these 7 simple acts you can do to stand with refugees and make new connections in your community. Learn a new language with Natakallam, an organization employing refugees as online language teachers. Donate to nonprofits at the front lines of this work, like UNHCR, Miles4Migrants, The Spectra Project, Upwardly Global, International Rescue Committee, Preemptive Love, The Syrian Community Network, Mercy Corps, CARE and UNICEF USA.

From donating to volunteering and beyond, don’t underestimate the impact that you or your organization can have on refugees across the world. 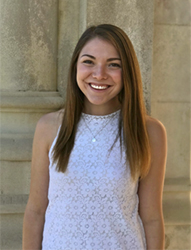 Miranda Dafoe is a Success Guide on the Tableau CRM team at Salesforce. She is an avid volunteer, spending most of her volunteer time with refugee resettlement and food security organizations. Through her experience researching, advocating for, and mentoring refugees over the past 5 years, Miranda has been inspired by stories of resilience and courage. She is passionate about how businesses can impact sustainability, representation, and equity. When she’s not working with Salesforce customers or volunteering, you can find her hiking or backpacking.

Connect with Miranda on LinkedIn: https://www.linkedin.com/in/mirandadafoe/