At Salesforce, we’re lucky to get time off to volunteer with causes we care about. In fact, we get 56 hours over the course of the year, so there’s plenty of time to make a significant impact if we use this time effectively. Nearly every skill is transferable so it’s worth taking the time to see how your skills could be used to help in the nonprofit world, like our sales team in Australia did earlier this month with a call down blitz at AIME.

The Sales Development team at Salesforce Sydney decided to give back in a way that really leveraged their selling skills; doing fundraising calls for AIME’s new global program – Wanna Change the World?. The goal was to help AIME reach their program fundraising goal of $2 million so that they can take their indigenous mentoring program global.

Such is the success of the program, AIME wants to expand it to reach more people, and tackle inequality on a global scale. They’re looking for 20 exceptional individuals across 20 countries who will participate in a three year scholarship to bring the AIME model to their own country. These 20 ‘Golden Tickets’ will be awarded across 20 different countries, and individuals who are awarded them will be coached by Jack Manning Bancroft and leaders from around the world in order to set up and grow the program locally.

The Call Down Blitz

Lucky for Salesforce volunteers, AIME is using Salesforce technology to power its fundraising, so they could jump into the fundraising task right away without any systems training. The team spent a full day calling corporate prospects and past alumni to encourage them to donate to the program. The energy in the team was phenomenal, not to mention a call rate stats! 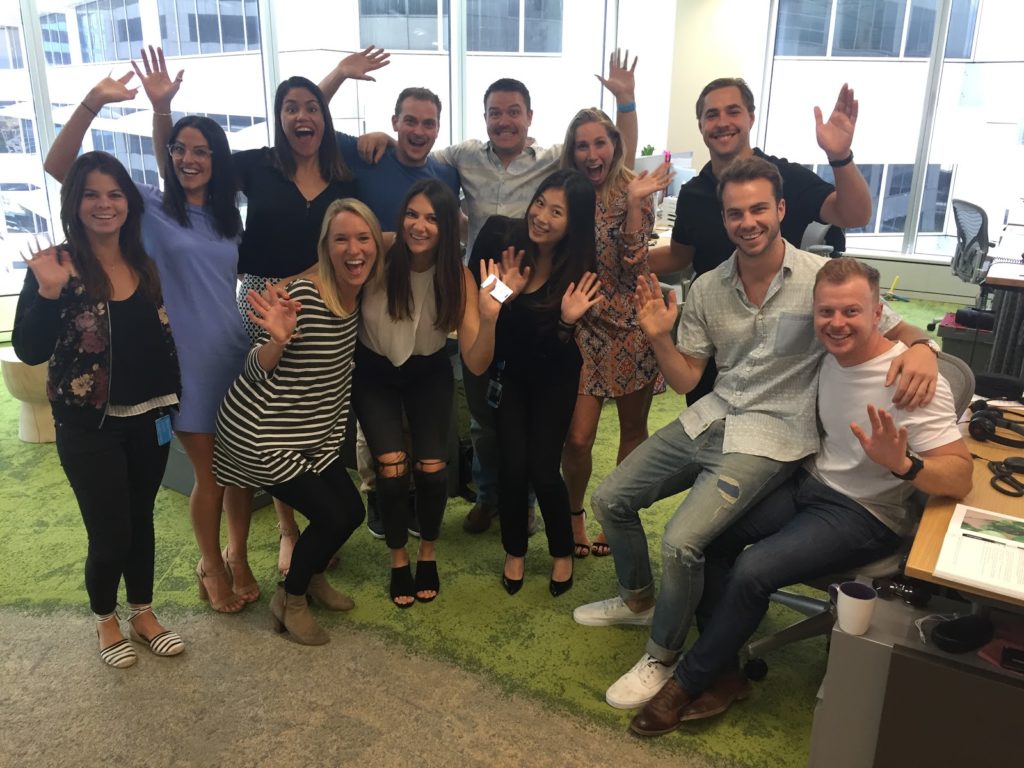 “It was incredibly inspiring to hear how excited and enthused AIME’s ex-mentors were when we informed them of AIME’s new global initiative,” said Papa Hipango, Sales Development Representative at Salesforce ANZ. “ I think we were successful in getting the word out!!.”

“Using our skills on the phone revving up interest for a great cause like AIME’s Wanna Change the World project was a whole lot of fun,” said Joey Ross, Sales Development Representative at Salesforce ANZ. “The energy and vibe chatting to ex-mentors was great – I’m sure everyone would be stoked to get involved again.”

The AIME team were also hugely appreciative of the support they received:

“Thank you so much to all of the team for your support. We can’t tell you how much of a relief it was knowing that we had some absolute pros, partners and pals sharing our story and sharing the load as we attempted the mammoth task of trying to raise $2 million in a day! During the call centre time we managed to raise almost $15,000. There’s no doubt that the powerhouse Salesforce team made a huge impact on that fundraising. Thank you for your incredible efforts.”