Deb Van Zegeren is the System Administrator for the Salesforce instance at The Cutaneous Lymphoma Foundation. CLF is a national patient advocacy nonprofit organization that has recently grown from 4 to 6 staff.

CLF has been using Salesforce for nearly 7 years, but only in the last four years has the platform been consistently used with the intention of making it their central tool for managing contacts, programs and events. Several years ago, CLF migrated to the Nonprofit Starter Pack from an older package known as the “nonprofit template.” Deb knew she didn’t want CLF to fall behind again, so she began her journey to learn more about upgrading to the NPSP 3 and converting to the Household Account model.

Deb first wanted to understand why she should upgrade to NPSP 3. She started researching in the Power of Us Hub. What excited her the most were some of the new tools available in NPSP 3: Health Check, multiple/seasonal addresses, automatic address copying between contacts and household, and improved grant management. She was heavily influenced by the Hub community to upgrade. Since she relies on the Hub as a primary source of Salesforce support, she knew if she fell behind that it would be more challenging to receive support from the community.

Deb learned in her research that the NPSP 3 includes a new Account Model called the Household Account (HA). Wanting to make an informed decision about converting to this new model from the one-to-one model, she turned to the Hub. She arrived at two main reasons why a conversion would be beneficial. 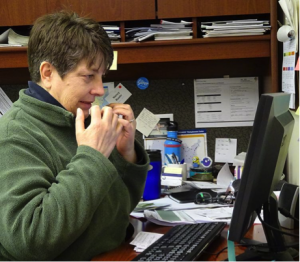 Deb before her NPSP 3 upgrade Journey

After doing her due diligence, Deb began her journey to upgrade to NPSP 3 and convert to the HA Model. She knew from following other Hub members’ posts about upgrading and converting that this was not going to be a quick “over-the-weekend.” However, this was something that an organization admin with good understanding of their Salesforce instance, could do. Due to time constraints, Deb decided to work with a consultant, Database Sherpa, who walked her through the process and be available if any issues arose that were challenging to resolve.

Following the sage advice of all those who came before her, she started with a Sandbox. She entered a little data, upgraded the packages, and ran the health check. She had no errors! Then, she updated her production instance and ran the Health Check again. There were a few items that needed to be fixed prior to converting to the HA Model. She also went through the post-upgrade steps.

It took her less than two hours to run the update and to go through the post-upgrade steps. It took about an hour to find and fix the Health Check errors.

After installing the NPSP 3 packages, her next big step was to convert to the HA Model. Database Sherpa provided her a framework of tasks which included data cleanup tasks, reports to create and steps to migrate the data from production to the sandbox. Database Sherpa also provided guidance while she ran the conversion tool in the sandbox and addressed data issues as they arose.

This took about 3 working days total of cleaning data before the conversion based on reports Database Sherpa recommended. Then, another 8-10 hours with a Sherpa to discuss process and dive into data issues in the sandbox.

NOTE: She found it very helpful to take careful notes of the steps while going through the process in the sandbox so that in production, she had a step-by-step process to follow and she wouldn’t forget anything. 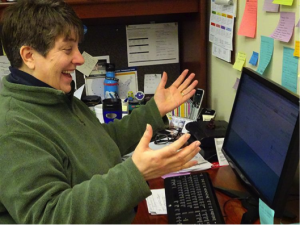 Deb after her NPSP 3 upgrade Journey

Deb has already begun to see the benefits for her organization. Reporting for mailing lists is much easier. Development staff are able to enter and track grants easier. Donation tracking is more straightforward. There are fewer steps to ensure addresses are accurate between household members. The Health Check gives her insight into the integrity of her Salesforce instance. And now she’ll always have the latest version of the NPSP!

“I can’t emphasize enough that, as intimidating it may seem to perform the upgrade to NPSP 3, it was really simple to do. Converting to the Household Account Model was a bit more complicated, but there are really good step-by-step instructions in the Hub and I was very fortunate to have Ashima’s assistance. At the end of the day, taking the step was worth all the hours of preparation because we are already reaping the benefits of the current upgrades and look forward to future updates. I sincerely mean it when I say, if I can do this, so can you.”

Looking for help upgrading to NPSP 3? Learn more at databasesherpa.com.

Celebrate Dr. Martin Luther King, Jr. Day this year with these resources on being an equality ally for racial justice.

Higher Education How Mentorship Can Break Down Racial Divides