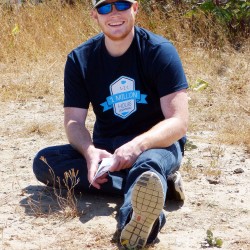 Salesforce may be known for creating software in “the cloud,” but its employees are equally good at getting their hands into dirt.

Since February, over 360 Salesforce employees have volunteered at Golden Gate Audubon Society’s habitat restoration site at Pier 94 — helping make a home for wildlife in the midst of San Francisco’s industrial waterfront.

Planting. Weeding. Watering by hand, to make sure the native plants re-introduced to this onetime dump site get off to a strong start and grow into flourishing habitat for wildlife.

So far, Salesforce employees have put in 564 hours of work at Pier 94, part of the milestone of 1 million volunteer hours that the company reached this month.

“We’re so delighted to partner with Salesforce, which is a shining model of how companies can give back to their communities and the environment,” said Cindy Margulis, Executive Director of Golden Gate Audubon. 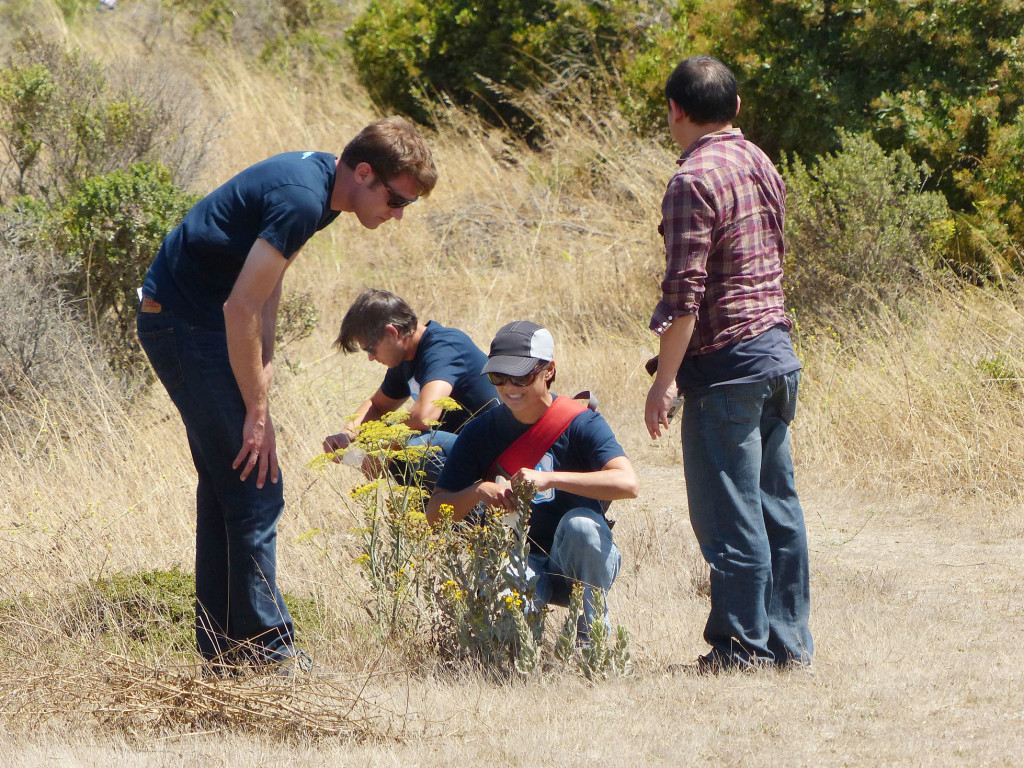 Pier 94 — a 5.5-acre site owned by the Port of San Francisco along the city’s southeastern waterfront – was originally a salt marsh rich with plants, birds, and other wildlife. But in the early 20th century, the wetland was filled in for intended use in maritime operations. Gradually it became an informal dumping spot covered with old tires, rebar, and concrete.

After a disastrous 1996 oil spill in the Bay, the Port applied to make Pier 94 a site where some of the oil spill damage could be mitigated. Golden Gate Audubon took the lead role in the continuing restoration of Pier 94 into healthy wetland and upland habitat for wildlife.

GGAS currently holds volunteer work days at Pier 94 on the first Saturday of each month, as well as special volunteer events for organizations like Salesforce. Other businesses whose employees have volunteered recently at Pier 94 include Wells Fargo, Twitter, and PWC.

Salesforce’s involvement has been particularly impressive. Since February, its employees have come out to Pier 94 on nine separate occasions, with another dozen work sessions in the planning stages.

They’ve planted 730 native plants that will provide food and shelter for birds and other wildlife, and removed 67 30-gallon bags of weeds and five 30-gallon bags of trash. They’ve provided the young plants with 750 gallons of water, filling up handheld watering cans from a supply that is trucked in once a month. 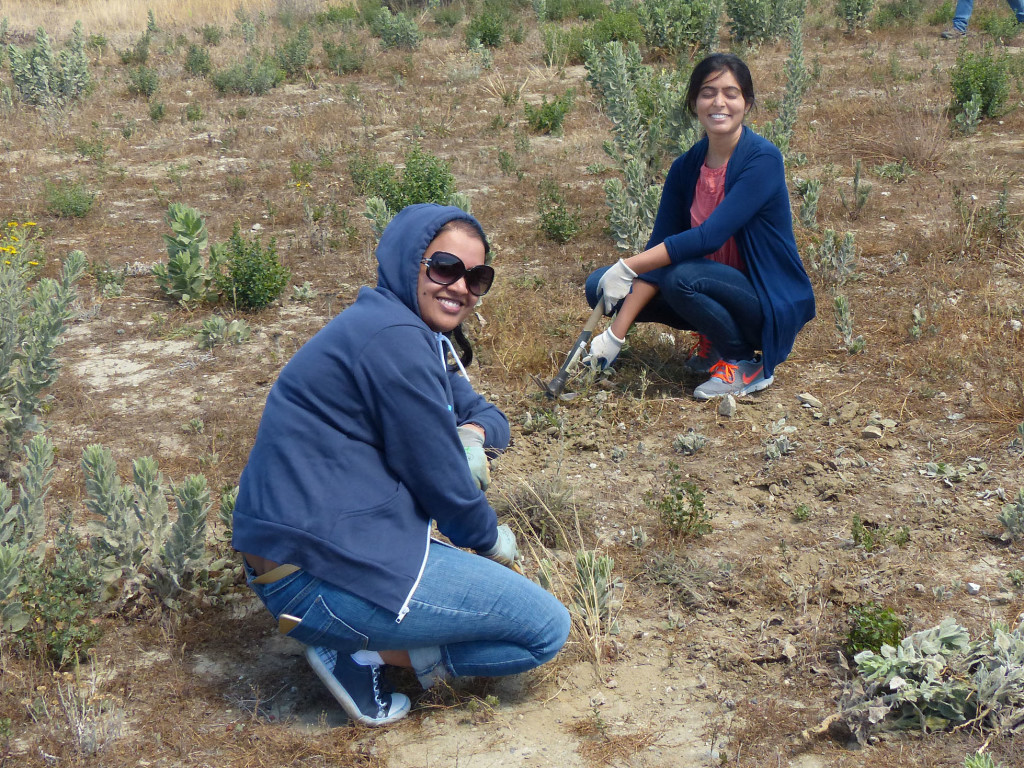 On a recent visit, Salesforce employees helped collect seeds of native plants for propagation at the start of the rainy season. Under the guidance of biologist Lech Naumovich, they learned to distinguish desirable native plants from non-native weeds, to identify mature seeds, and how many seeds to collect without harming the plant and its reproductive cycle.

“They were so efficient they finished early and did a little weeding as well,” said Noreen Weeden, GGAS’s Volunteer Coordinator and manager of the Pier 94 restoration project.

Collecting seeds and watering by hand is a dramatic contrast from how employees at the $5 billion high-tech company typically spend their days.

But participants love the experience of restoring a little piece of nature at Pier 94.

“It’s a good way to get outdoors and explore a different part of San Francisco,” said Usman Khan, a Salesforce employee who has volunteered at Pier 94 several times. “It’s very hands-on. There’s more than enough work to go around. And you see the impact of your work. It’s great to come back and see how the plants we put in are doing.”

Salesforce’s work at Pier 94 is part of its overall commitment to community service. The company operates with a “1-1-1” philanthropic model, in which it commits to donate 1 percent of its equity, 1 percent of its product, and 1 percent of its employee time. Employees who choose to volunteer are paid for up to 48 hours of volunteer work each year. If they complete all 48 hours, the company donates $1,000 to the nonprofit of their choice. 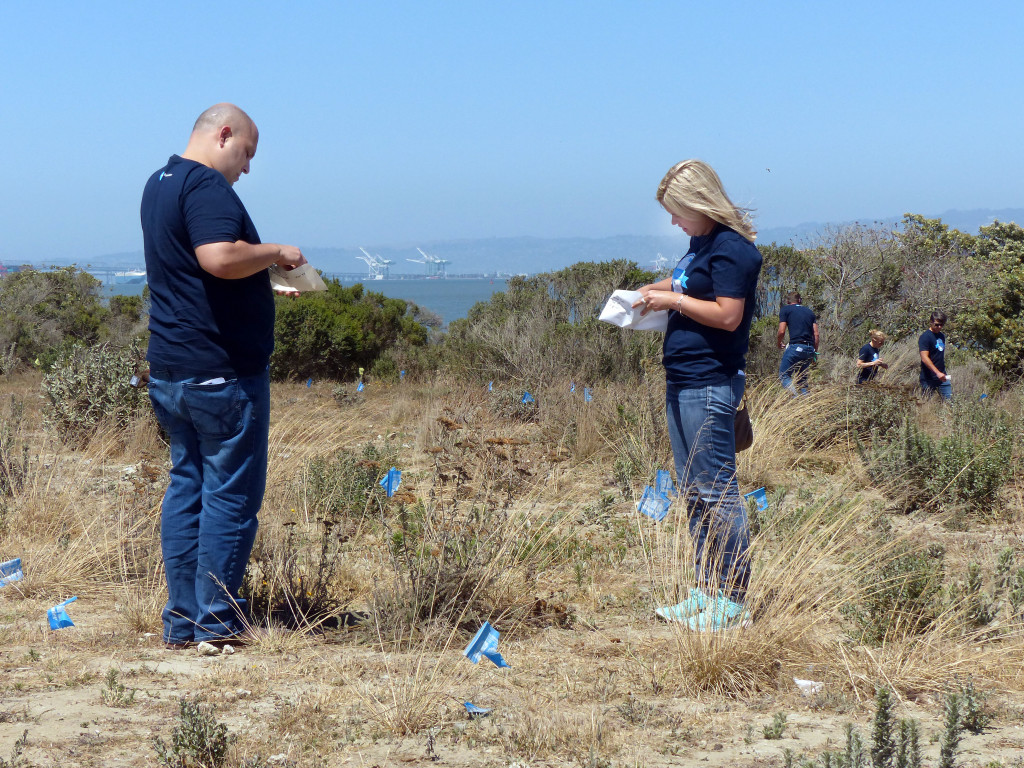 Fortune magazine highlighted Salesforce’s strong volunteer incentives in a recent article. But perhaps even more important than the commitment on paper is a company culture that encourages volunteering.

“Even our managers preach, ‘Go out and use your volunteer time,’” said Nina Saeang, who has volunteered at Pier 94 three times. “We’re all very busy, but it’s part of the culture, so you just find the time.”

In addition to the volunteer time, Salesforce recently donated $10,000 to support Golden Gate Audubon’s restoration work at Pier 94. It’s also incorporated volunteering at Pier 94 into its orientation program for new employees, providing a bus so participants don’t have to burn fossil fuels driving there.

“It’s fantastic to have them coming on a large bus instead of individual cars,” Weeden said.

Salesforce’s connection to Pier 94 goes even deeper than employees and donations… to the soil itself. Restoration work recently moved from the wetland section of Pier 94 to the upland area. Some of the upland sediment came from excavation of the former TransBay Terminal… which is being developed as a new transit center and future headquarters for Salesforce.

“This is an example of beneficial reuse,” Weeden said. “Instead of trucking the material out of the city, it is being reused for native plant establishment.”

So Salesforce employees are helping transform soil from their future offices into a welcoming home for Killdeer, White-crowned Sparrows, goldfinches and other birds.

“We’ve had a great experience at Pier 94,” said Khan, who with Saeang helps organize environmental volunteer opportunities for other Salesforce employees. “The place isn’t something you’d expect. You look at all the factories, and then you come to this little lush spot. And Noreen is always good at explaining the back story.” 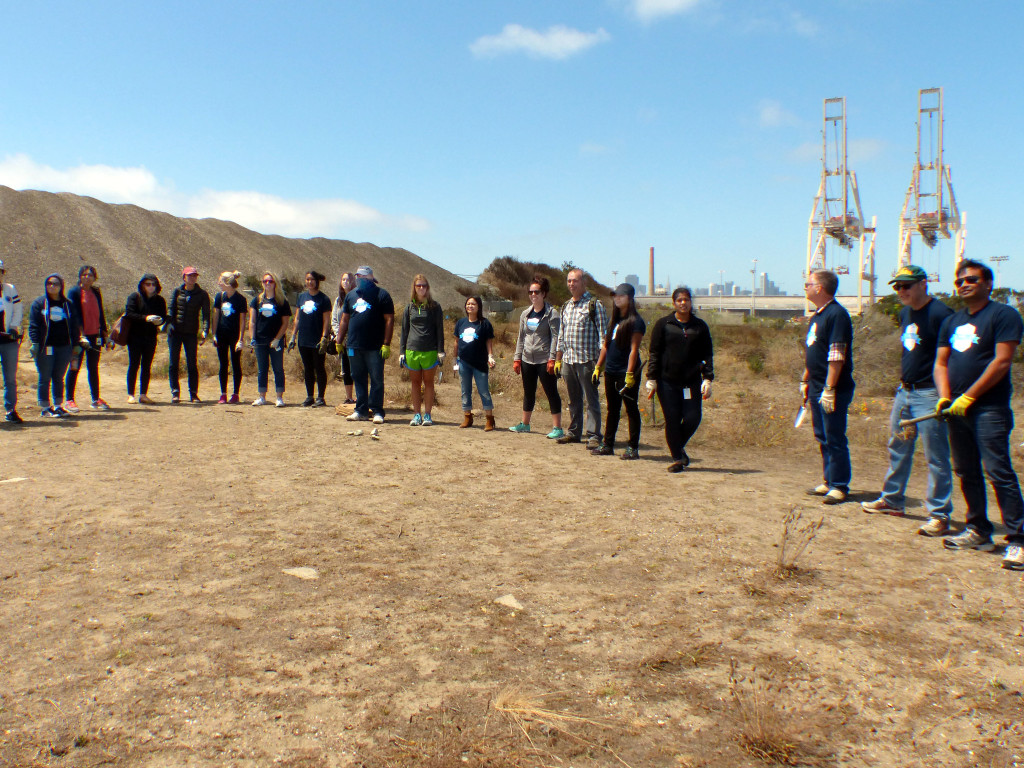