Pro Bono Profiles: The Monks of Norcia Embrace the Cloud in their Efforts to Restore their Life and Work

When a devastating earthquake struck central Italy in August of 2016, killing some 300 people in towns like Amatrice and Accumoli, the famous hometown of the patron saint of Europe, Norcia, was largely spared the worst of the damage. 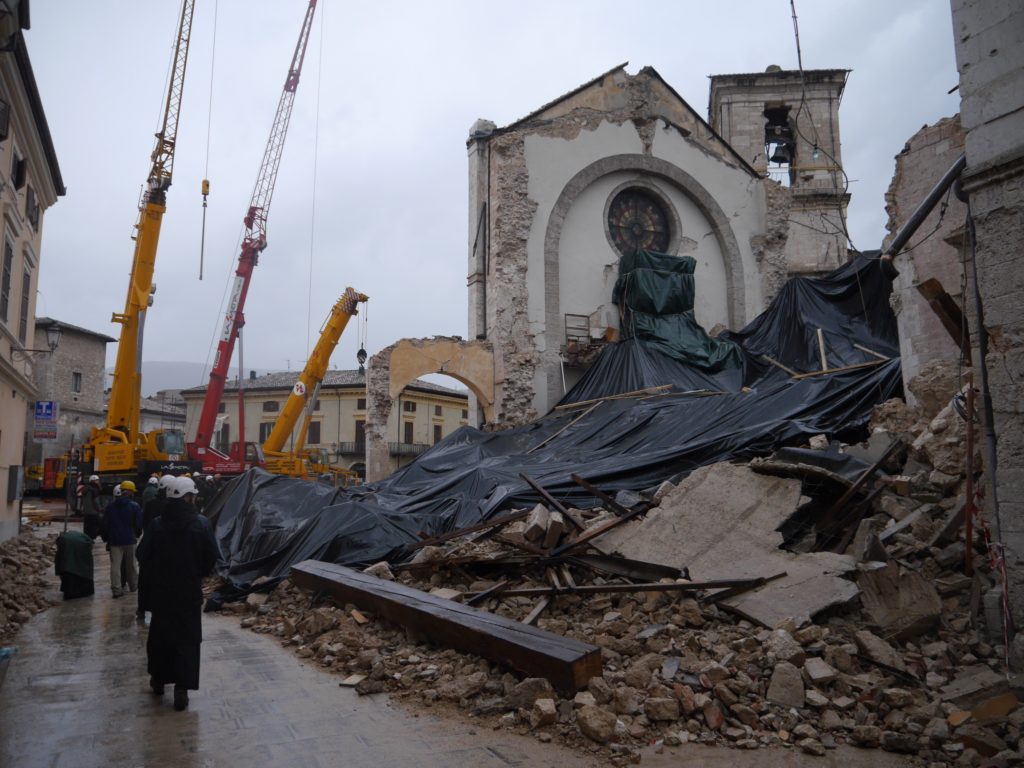 Monks visit the destroyed 14th-century Church of St. Benedict in November 2016, days after an earthquake brought it to the ground

Norcia had previously been famous as one of Italy’s culinary capitals, known for cured meats and wild truffles. But when a later earthquake on October 30, 2016 levelled to the ground the 14th-century Church of St. Benedict, the adjacent monastery, and, indeed, all the churches in town, the spiritual significance of the quake came to the fore.

Since then, the Monks of Norcia, the resident custodians of the Monastery and Church of St. Benedict, have been focused on restoring the sites and helping to bring Norcia back to its former glory via their Deep Roots Appeal, in which they hope to raise $7.5 million. With pro bono support from Salesforce volunteers and access to the Salesforce platform via the Power of Us Program, the Monks feel confident they can achieve this.

Before Salesforce, the monks had experienced fundraising solutions that were difficult to use and this prompted the search for a new technology. They wanted a solution that would enable them to not only track donations and execute automated emails, but also one that would allow them to engage with people who had previously purchased their craft beer so that they might also become donors and support the cause.

One of the first assignments for the organisation’s new Communications Director, Robert Duncan was to find that solution. Robert heard about the Power of Us Program and says that the first thing that interested him in Salesforce was the licence donation program, as it allowed them to allocate more donated funds to directly support monastic life. However, Salesforce also had many features and benefits that would be crucial for the monks.

“The fact that Salesforce is a cloud based application and it runs on mobile was really important to us,” says Robert. “Because of the earthquake the monks are spread out, working from different locations, mainly on laptops, so being able to connect to the system from a web browser was really vital. Also, the security aspect of Salesforce was very appealing and the fact that it’s cross-platform.”

Robert reached out to Salesforce to see if they could help with the implementation and customisation of Salesforce and was greeted by Nicola Gorelli and Angelo D’Amora who were keen to offer pro bono services using their volunteering time off. For them, it was a chance to make some real impact, locally.

After the earthquake, the Monks of Norcia experienced a surge in support and outreach from across the globe with people wanting to share their sympathies and help in any way they could. Salesforce is now helping them manage communications with these supporters and bringing  them closer to the monk’s work through regular communications via newsletters. 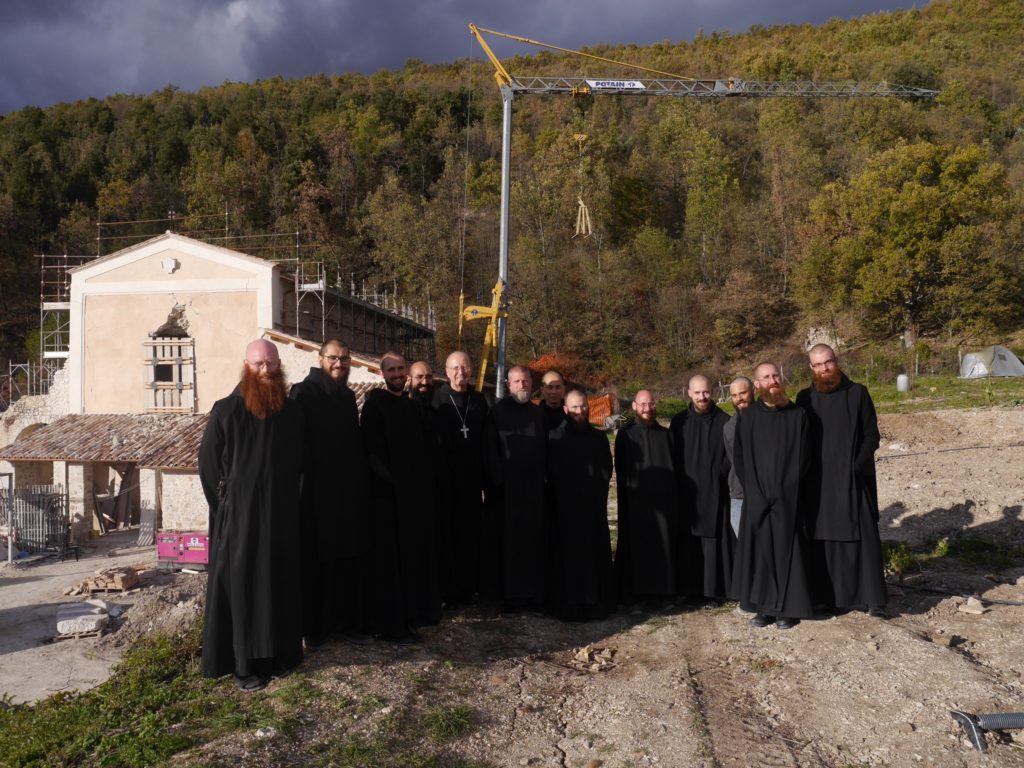 The Monks of Norcia community with head of the Benedictine order, Abbot Gregory Polan, O.S.B.

The user-friendly nature of Salesforce means that more people at the monastery can become involved in the communications efforts and have a complete understanding of what and when it’s happening.

“None of us were CRM experts,” says Robert. “But because of the user-friendly nature of Salesforce, everyone can use it. The reporting and user-interface is very accessible which means we can involve more monks in the process. We now have a 360 degree view of everything that’s happening and it’s helping us make decision.”

The monk’s Deep Roots Appeal is completely managed through Salesforce, which is integrated to the website, and automates much of the donation process and donor engagement process.

The town of Norcia and the monks have a long road ahead, but are hopeful that they can reach their goals now that they have a solution in place to support them on their journey.

Learn more about the Pro Bono Program at Salesforce.