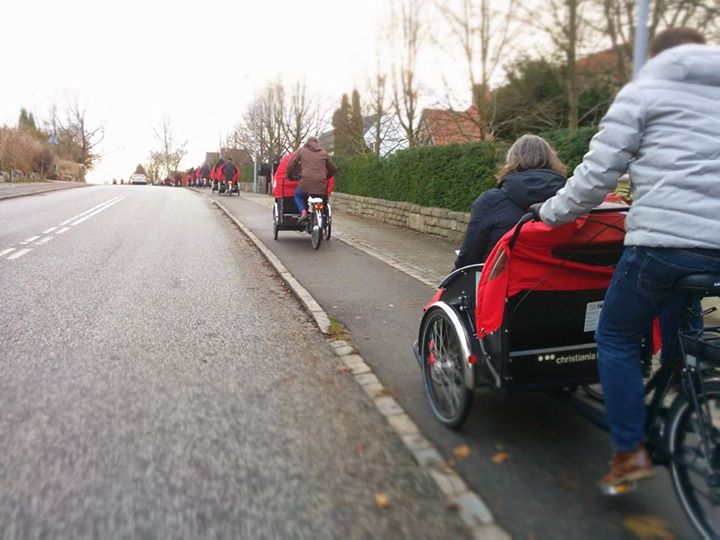 Just before Christmas 2014, Salesforce Denmark invited a group of nursing home residents to go ‘cycling’ with them.

A motorcade of rickshaws cruised around central Kgs. Lyngby (Copenhagen) to great reactions – lots of warm smiles, friendly comments and waves to the passengers and the fresh faced peddlers.

Passengers who came on the bike ride were picked up from the Solgården nursing home, while those who pedaled were employees of Salesforce Denmark, which is based in the Pritzels factory building in Lyngby.

Salesforce is a US company, founded in the late 90s. In the early days, the Founders built a model, which is still integrated throughout the company today – a company that has grown to 17,000 employees worldwide. The model is simple – Salesforce gives 1% of its equity, 1% of its product and 1% of employee time to support causes around the world. This is same model that the company practices today in Denmark.

The motorcade ended at the old Pritzels factory after an hour long bike ride along the mill stream and around in Kgs. Lyngby. It was time for a much needed rest and a little warmth for both cyclists and passengers. Both were welcomed by the smell of warm apple slices and hot mulled wine in the lunch room, overlooking the mill stream.

Lively conversation about the trip was almost immediate, and you could also hear the elderly people share anecdotes about their life.

Doing volunteer work is not just an airy vision for Salesforce. It is a commitment from the employees – who are measured on their volunteering  efforts. Thomas Grønholt, working in sales, is relatively new in the company; he has been instrumental in the cycling project.

“I have followed the ‘Cycling without Age’ initiative for a while, and I thought that we could kick-start this at Lyngby-Taarbæk. I also thought it could be something that the Salesforce could get involved in. I grew up with volunteering. My father took me around nursing homes where we presented old Danish “Morten Korch” movies; I could see how much it meant, that something was happening, for the elderly people, in their everyday lives.”

All colleagues, at Salesforce, supported the project. One of them is Karina Buch, working in Customer Success.

“I think it’s nice to be taken out of regular day-to-day activities and to experience some other aspects of life. It’s good we are measured on whether we meet our volunteering quota. We also have a strong incentive to do so; when we have reached our goal each employee is able to donate the equivalent of $1000 to a charity of their choice,” explains Karina.

Something to be proud of:

Lise, who is 92 years old, sits at the table. She thinks it’s been a fine trip, just a little cold. She cycled a lot when she was younger, and was happy to ride again, although she felt a little sorry her driver when he was going uphill.

Today’s trip was among others Lise experienced at Lyngby Main Street, after she moved to Solgården a year ago. 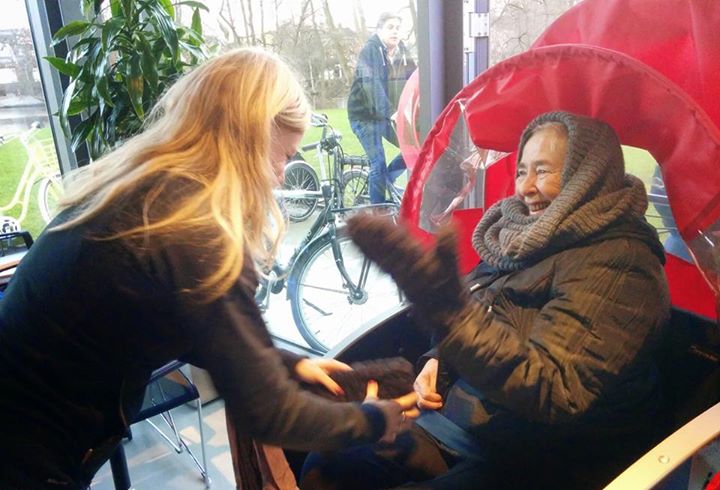 Thomas Grønholt cycled around with Victoria who is 88 years old. She was cycling from a young age and thinks it’s great to be able to get back out now.

“Also up Geels Bakke (a local hill),” she says, and gives Thomas an affectionate pat on the cheek.

Thomas can rightly call today’s bike ride a success, and after a cozy hour inside he’s all ready to cycle the last stage back to Solgården.

“As an employee this something you are proud of. When I am with my family, they don’t want to hear about software, but they’re always ready to listen to a story like this,” says Thomas.

Another person who welcomes the initiative is Charlotte Herbert, Assistant Area Director for the activity centers in Lyngby-Taarbæk. However, when she was first approached, she was somewhat skeptical.

“At first I thought that this was probably just a bit of “fun” before the Christmas party. But when I heard more about it I was excited by the idea,” she says.

“Bikes are brilliant. You can get further than if you walk around with a wheelchair in the area,” says Charlotte. “Everywhere we went in the city we were met by people who smiled and waved and said: ‘This is a good idea’.”

It seems that local politician Henrik Brade Joahansen likes it too. He sits on the Social and Health Committee and has previously given presentations to his colleagues in the Municipal Council about the “Cycling without Age” initiative.

“I first heard about the project at KL’s (organization for cities across Denmark) summit last summer and I was so inspired by the initiative that I asked my colleagues in the council if we should invest in such a bicycle for each of the municipality’s care centers. An investment we could make from some of the funds the municipality received from the so-called older billion. It turned out that there were so many other things the money should go to, so there was no majority for investing in bikes, but there was consensus that if there was money left over at the end of the year, we could look at it again. I will definitely take it up again in February,” says Henrik Brade.

Henrik thinks that it will cost about 200.000 (Danish Krone, aprox 32.000 US) incl. service agreements to invest in five bikes. At the same time care centers have to built up a group of 13-14 volunteers that are ready to ride bikes.

If Henrik Brade Johansen can find the necessary political backing to acquire the bikes Salesforce Denmark Director Michael Zink (pictured below) says that he and his team will donate 50 hours of pedaling in the New Year. 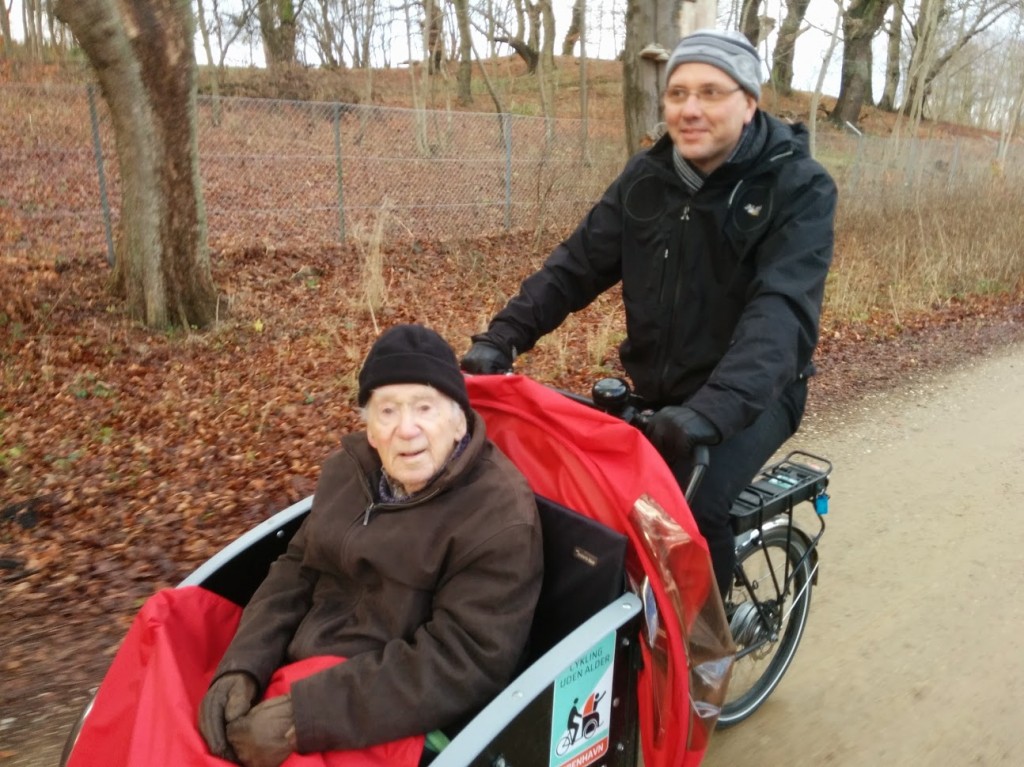 “Every employee has 6 full days per year to do volunteer work, and in principle we have 500+ hours, which we have committed to next year, so if you have some good ideas for local tasks, we welcome your suggestions.”

He believes that it was an amazing experience to see the joy in the elderly eyes when they were outside the nursing home.

“I think both sides were exhausted but happy. My legs were tired, and I think their eyes were tired from sitting in the wind,” says Michael.