The Salesforce.org is so pleased to announce that CoderDojo will be featured as part of the Salesforce World Tour London on May 21st. Get to know the people behind the global ‘learn to code’ movement during the Keynote with Keith Block at 10 am and check out the ‘school children coding sessions’ in the DevZone from 12.30 pm. 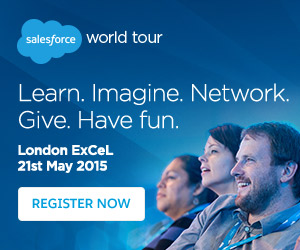 If you’re interested in helping the younger generation become savvier in computer subjects, don’t miss out on this opportunity to talk to the experts. Learn how you could set up your own Dojo or become a mentor, and inspire the next generation of developers and designers!

The friendly CoderDojo team who will talk you through the process and tell you everything you need to know to get started. You’ll also get the chance to talk to Salesforce employees who run Dojos in their local offices.

So, what is CoderDojo?

We’re guessing you’ve heard about CoderDojo, but if not, here’s a quick overview to give you a taste of what they’re about. CoderDojo is a global network of free, volunteer-led, independent, community based programming clubs for young people. These young people, between 7 and 17, learn how to code, develop websites, apps, programs, games and explore technology in an informal and creative environment.

A little bit of history:

CoderDojo was founded by James Whelton and Bill Liao. It all started in James Whelton’s school in early 2011 when James (then 18 year-old coder) received some publicity after hacking the iPod Nano and as a result some younger students expressed an interest in learning how to code. He set up a computer club in his school (PBC Cork) where he started teaching students basic HTML and CSS. Later that year he met Bill Liao, an entrepreneur and philanthropist, who was interested in growing the project into something bigger. 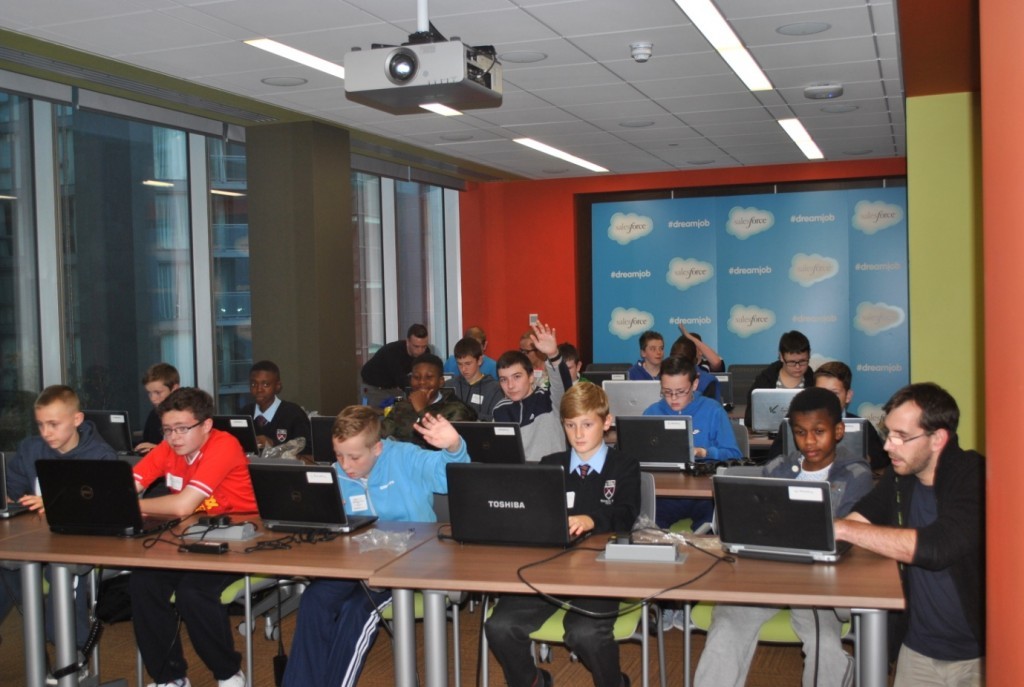 Higher Education UNGA 2022: Why the Global Conversation is More Important Than Ever

Higher Education A Letter to Our Customers

Marc Benioff, Chair & Chief Executive Officer of Salesforce, provides customers with a blueprint for how we're handling the Covid-19…

Higher Education Working Remotely for the Good of All