Back to School for Salesforce Technology & Products Teams

During morning classes, the students were inspired and encouraged while hearing community and Salesforce speakers discuss careers ranging from programming to poetry. Other volunteer teams worked behind the scenes, doing spring cleaning around the school, wrapping gifts for the teachers, working on campus IT issues, and assisting budding programmers from the school’s Coding Club. For lunch, Salesforce brought in taco trucks, and treated both students and volunteers to an awesome meal out on the playground.

The Salesforce Documentation team had the chance to work with a small group of students who asked to be Career Day reporters. The students shot video, photographed different activities, and interviewed some of the guest speakers. 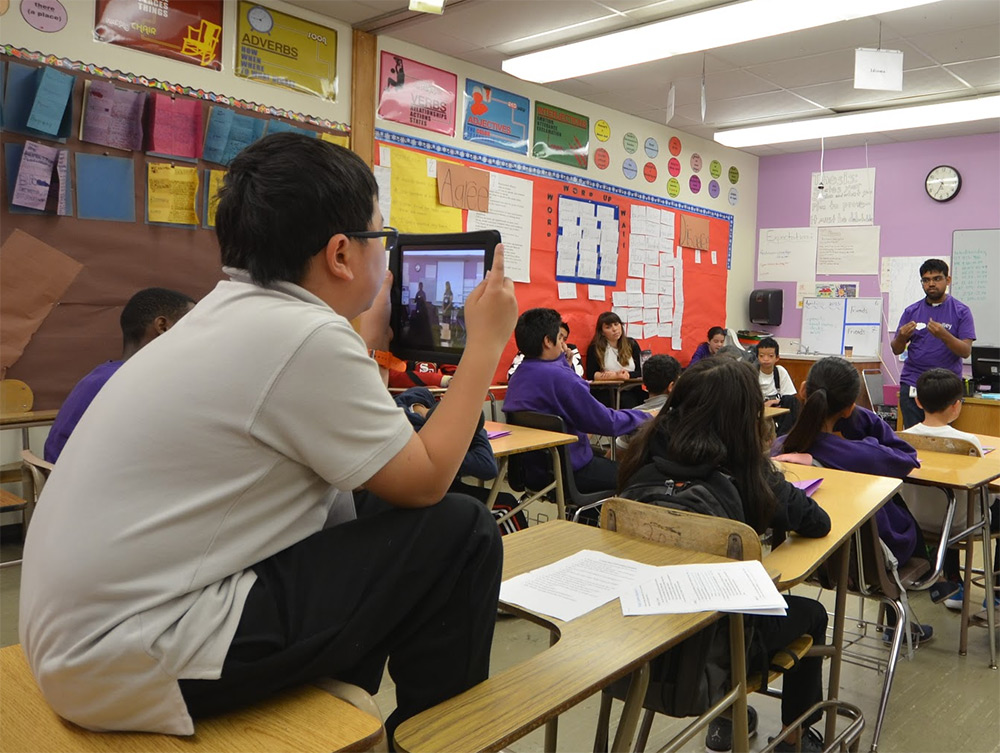 Sela, a sixth grader at Visitacion Valley, had the opportunity to interview Salesforce co-founder Parker Harris before he addressed the student body.

“Today, I had the chance to interview Parker Harris, the co-founder of Salesforce, during his first visit to Visitacion Valley Middle School. He told me about how he met Marc Benioff in 1998, and how they started Salesforce together 16 years ago. But what I found very interesting during our interview was that in middle school, he thought he’d grow up to be a medical pathologist.” After the interview, the school streamed a live video of him speaking to all of the homerooms in the school. 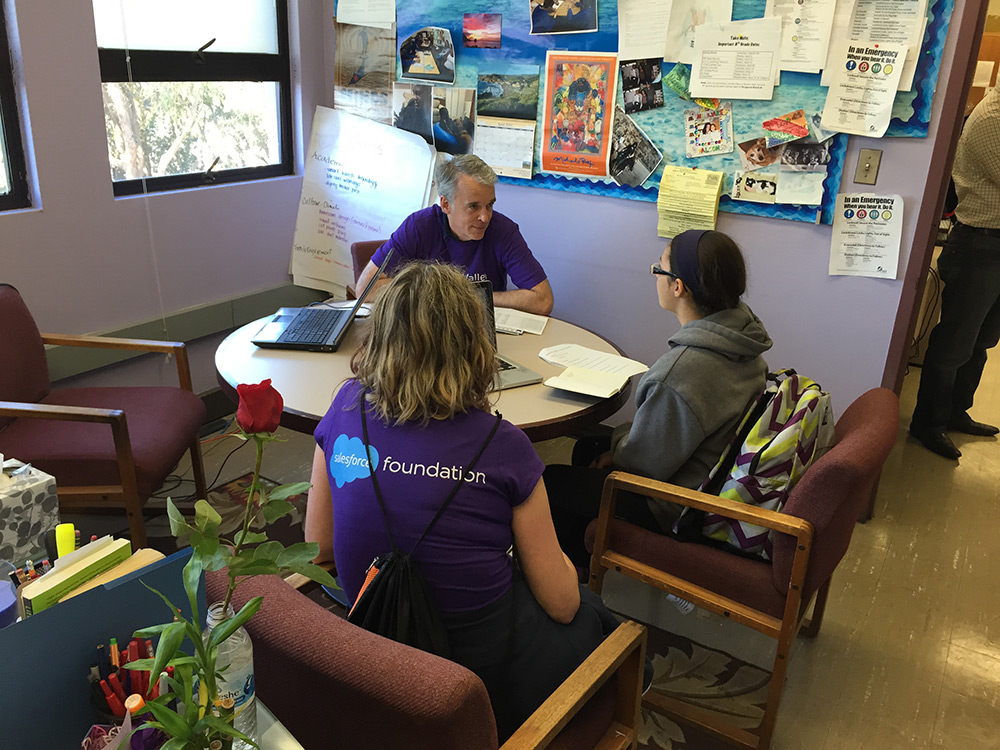 Sela also shared what else she learned during Career Day, “I also interviewed a few other people, including Jared Lee, a gas distribution engineer for PG&E. He studied math and calculus in college, which he said does help him in his career now. I asked him about if he hadn’t had ended up in his career now, where would he be? He told me that he would probably be doing something in marketing. He has some advice for us students: ‘Stay in school. You can’t put a price on education, and it will give you more opportunities.’ He also told me about a quote his father always told him, which was, ‘Pay now, and play later.’”

“The last person I interviewed was Katrina Schwartz, a journalist from KQED. She thought the school was at a beautiful location, and that it had lots of energy. She studied English in college. She said that other careers she’d be interested in are [in] nonprofit social work. She wants students to find something they love to do and find a job that connects to it because it’s always more motivating to work on something you care about. She told me she was very impressed with the questions students were asking her and shared a quote that motivated her: ‘Take failure as a chance to learn.’”

Alianna, another sixth grade reporter, interviewed a Career Day speaker who had been a student at Vis Valley when he was younger. “Emil Yeargin loves technology and went to Visitacion Valley when he was in middle school. He graduated in 2002 and is a Tech Recruiter. He told us that social studies and language arts were his favorite subjects, which he said makes it easier to engage in conversation about different subjects. He was very interesting to the kids because he went to school here.”

She went on to write, “I didn’t know what Career Day was going to be a about. I thought that we wouldn’t have classes, and would get to play games and eat food all day. But it turned out to be really fun. At lunch, we got to win prizes and eat tacos.” 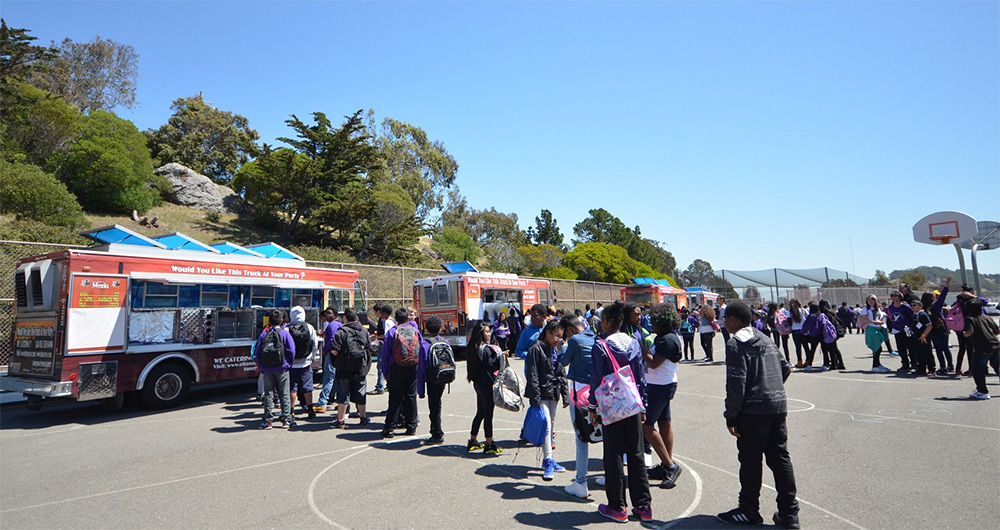 “It was good to hear people talking about their jobs and the story of their lives. I would like to come back some day when I’m an adult and talk about what it was like when I went to Vis Valley. I want to be a veterinarian because I love being around animals and helping them if they are hurt.”

Alianna’s final thoughts were, “I really want to do Career Day again. I would really like to have a veterinarian come to speak next year.”

Career Day was a great way to form friendships with the kids, team up with the teachers, and help with extra projects around the school. We were thrilled to be part of such an awesome event, which marks just the beginning of Salesforce’s involvement at Visitacion Valley. And we promise that next year, we’ll try to bring a veterinarian to Career Day, Alianna!

Three tactics you can implement today that will enhance your current campaign with minimal effort.

Three “top of mind issues” for those in higher education.